My heart is racing and although I feel as if I want to pass out the adrenalin kicks in and tells me to watch out. To be alert. I have a definite feeling that I am being followed.

I curse for having shared my whereabouts on FourSquare. Maybe that’s what let him know I wasn’t at home tonight. After 6 weeks of hiding I thought it might be safe to come out and play for a weekend.  Gary had a fierce temper and despite the fact that we were no longer together I had seen him spying on me and he had even threatened to “end it for me” if he caught me with another man.

My best friend Sandra and the girls had tagged me on a Facebook share to say they were looking forward to our night of drinking and dancing. Maybe he saw that. We weren’t connected on Twitter but I am friends with his sister and two of his cousins so it wouldn’t be hard for him to find out. It didn’t help that Sandra also posted stuff on Twitter hastag #betherethisfriday so we could all keep up with where we were on our journey to get to the bar.

It is difficult to stay hidden in the world of social media and privacy is a thing of the past. I panic as I think about the photos that will be shared on instagram in the morning especially as I clearly remember having my tongue down some random guys mouth most of the night. Not very lady like I know but so very wonderful at the time.

I stop and try to slow my breathing down so I can avoid another panic attack. I really wish I had caught a cab with everyone. I can’t believe they just left me there. Tongue guy didn’t even ask me whether I was okay getting home. He just informed me he had to leave and he left.

There it is again. Definitely the sound of footsteps behind me. My legs begin to move quicker than before. Despite being breathless there is just no time to stop. The cold wind blows around my bare legs and up my dress reminding me of my inappropriate clothing for the time of year. I urge myself to move faster and as I do the footsteps behind me speed up too.

I’m in a panic and there is no thinking straight when you are filled with fear and panic. I don’t want him to catch up with me and I am so very close to home now. As I enter the street I live on I quicken my steps. Frantic I begin to search my purse for my keys. They fall to the ground as I grab them and when I stop to pick them up the footsteps behind me sound as if they are running. I pick up my keys and start running myself. I am at my door now. Nearly safe. I put the key in the lock and the door slams against the wall with the force of being pushed open. I quickly get behind it and slam it shut.

With my back against the door I do my best to calm myself down. I am home and I am safe. I hear movement upstairs and the light goes on. At the top of the stairs stands my dad. He looks as if he has passed anger and gone straight to rage. I am 3 hours past my curfew (for the fifth week running) and I know I am about to be grounded once again but I prefer that to whatever horror awaited me if my ex-boyfriend had caught me.

Tell us about a time when everything seemed to be going wrong — and then, suddenly, you knew it would be alright. 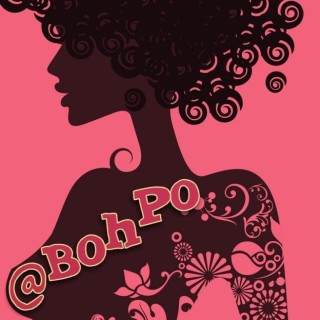 I love to write. I write poems, short stories and journals/memoirs.